King Scumworm is a character from Fruit Ninja: Frenzy Force. He is one of several antagonists in the show. Though he is not really evil, his antics do cause trouble for the citizens of the town. He has no preferred weapons; he tends to attack directly instead.

King Scumworm is a tall, humanoid grub monster. He has a red snout with fangs and two beady eyes. His neck has a mane of reddish-brown fur. King Scumworm also has asymmetrical arms with one being bigger than the other. He also has a tail with a split at the end. He wears regal clothing and a crown on his head.

Unlike the other villains, King Scumworm isn't actually evil. Instead he is incredibly dumb and ends up causing trouble because of it. It is unknown what his motivations are for the things he does. Though he will attack anyone who causes him trouble.

Like other minor villains, King Scumworm only has two appearances: 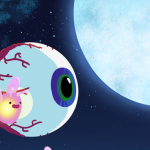 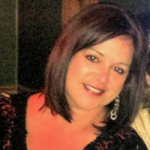